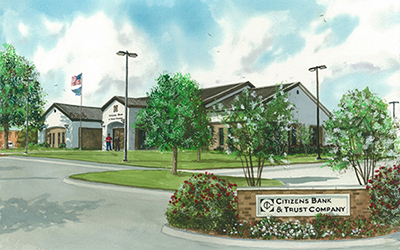 Citizens Bank & Trust Company opened in Ardmore, Oklahoma on September 18, 1978; we have proudly served our customers since then.

Over the course of time, we became a state federal reserve bank and opened four branches and seven ATMs that are located throughout Ardmore, Oklahoma. Please continue reading for more details on our history.

Our bank opened its doors on September 18, 1978 in the Little Building, located at 10 West Main Street. At inception, we were a national bank and our bank’s name then was Citizens National Bank. We moved to our current location at 1100 North Commerce Street in 1979. We reopened the downtown location as a branch of the bank in January 1984.